Divorces across the UK are increasing. Divorce laws in England and Wales are set to change, with recent criticism of the current divorce system. The new plans to change divorce law aim to allow married couples to split quicker and without bitterness.

The current divorce laws in England and Wales mean a couple have to prove that their marriage is broken down and need a divorce. Certain reasons must be given in order to prove the reasons for divorce are genuine. One reason may be adultery or unreasonable behaviour. Another could be two years of separation if both parties agree to the divorce, or five years separation, if only the one party agrees to the divorce. A divorce case recently hit the papers, where an unhappy wife, Tini Owens, has requested a divorce, but her husband refused to agree to a divorce. The Supreme Court then ruled that she must remain married to her husband until 2020, then she will be eligible to divorce her husband.

The new plans to change divorce law look to resolve needing a certain criteria to qualify for a divorce, and avoid cases such as the Tini Owens divorce case. The proposed changes to divorce law will could see the issues of fault & blame removed from the divorce process. The changes could also involve eliminating the right for spouses to contest divorces. A ‘no-fault’ system like this has been discussed for many years now, but it could finally be coming into fruition.

However, there has been some disagreement to new plans to change divorce law. Some believe that switching to a ‘no-fault’ system would undermine and trivialise marriages.

Rawlins Davy often help individuals through the divorce process. The team at Rawlins Davy understand the process of divorce and aim to get the best result for you and your family. Contact our team now, or browse our personal legal services. 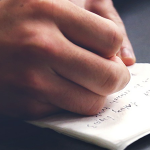 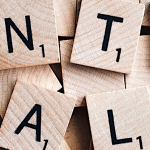