THE biggest change in divorce law for decades, eliminating unreasonable behaviour as grounds for action, has been welcomed by a leading family lawyer.

The Royal Assent has just been given to legislation that will make it much easier to have a no fault divorce.

Caro Taylor who heads the family department at Rawlins Davy described the change as long awaited and a huge relief.

She said: “Many divorcing couples just want to reach amicable agreements but the legal position currently undermines this by requiring one to blame the other for the marital breakdown unless they have been separated for more than two years.

“It is really good news that in the future the law will make it much easier to have a no fault resolution.

“We are currently awaiting further details of the new divorce law but it looks likely to be coming into force in 2021.

Caro added: “There has been a campaign ongoing for many years to change the divorce law to get rid of the unreasonable behaviour grounds which can involve considerable animosity and does not always sit well with trying to reach an amicable settlement.

“Resolution (previously called the Solicitors Family Law Association) of which I am a member has been at the forefront of the drive for no fault divorce.

“It’s an absolutely huge step forward and will make an enormous difference to many couples who will now be able to resolve their differences with the minimal conflict or none at all.”

Rawlins Davy has offices in Bournemouth and Poole. 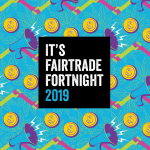 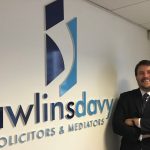