RD now recommends to all charitable companies that it is desirable for those documents which provide for its governance to be updated to take into account recent changes in the general law relating to companies as well as recently introduced changes to the requirements of the Charities Commission. It is important for all of those connected with any charity to remember that the principles for its governance are contained in its articles of association.

The longest and most complicated piece of legislation ever passed by any Government was the Companies Act 2006 which was in fact so long and complex that its terms and provisions were introduced over a 3 year period so as not to ove1whelm companies, their officers and tl1ose advising them by requiring them to be introduced all in one go. That Companies Act made all sorts of general and detailed changes to the constitution of English and Welsh companies, not least of which was the abandonment of the legal requirement for all companies to have a separate memorandum in addition to articles
of association.

In the past the principal purpose of any company having a memorandum of association was to set out its objects and that is now something that can now be easily included in straightfo1ward terms in a company’s articles of association. One obvious and very useful benefit of the 2006 Companies Act was that it introduced a new and much less wordy and complicated recommended form of “model articles” which are much easier (even for lawyers!) to understand and interpret. That makes life
much easier for directors and shareholders (or, the case of most charities, which generally are companies limited by guarantee, ilieir members) which has to be a good thing. If you have ever tried to read and understand an old style memorandum and its related articles which, because of that way that the old style articles were drafted, refer persistently throughout not only to the relevant Companies Act but also to what was known as Table A of each Act (which in itself set out another set of detailed regulations which may or may not apply in any case), you will know exactly what I
mean.

Principally, in consequence of ilie enhancement and changes included within the 2006 Companies Act, the Charities Commission has recently introduced a model memorandum and model articles of association for a charitable company like ours, which takes into account not only the changes made by the 2006 Act but also the specific requirements of charitable companies, which are not for profit companies and as such are administered in a slightly different manner to profitable companies.

Martin Davies
Martin studied law at the University of Birmingham graduating in 1983 following which he worked for the major accountancy practice Coopers & Lybrand. He then went on to qualify as a solicitor in 1987 after undertaking articles in Birmingham with Jagger Son and Tilley. Martin joined Rawlins Davy in 1989 and initially handled commercial and property law matters before moving into dispute resolution in 2002. Martin brings the commercial approach acquired during the early part of his career to his current practice and handles complex business property and insolvency disputes.
Recent Posts
Legal Advice
News
Published Articles
FAQ’s 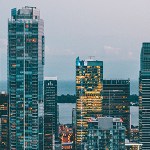