A. BACKGROUND
The Companies Act 2006 (“the new Act”) changes the law applying to companies in very many respects but it doesn’t change the basic structure of them save that:

1. The purpose of the articles of association of any company is to provide governance for its internal management and administration by the creation of binding obligations between the directors, the shareholders and the company itself.

2. The longstanding principle of companies having to have a separate memorandum has been abandoned and the new Act has introduced a much more user-friendly and modernised form of articles (“Model Articles”) to replace the outdated Table A form and it is those Model Articles which the proposed articles are based upon.

3. The Companies  Act 2006 doesn’t update or change any pre-existing company’s articles automatically and shareholders in a company are required to pass an appropriate special resolution in order for their company to adopt either the standard form of Model Articles or an appropriately tailored version of them (as in this case).

4. For new articles to be lawfully adopted by a company they have to be approved by 75% or more of shareholders who are entitled to vote and who either attend a meeting in person or by proxy.

B. REASONS FOR ANY COMPANY TO ADOPT NEW ARTICLES
1. To take account of numerous beneficial changes in the law arising from the new Act e.g. since 1st October 2009 no company limited by shares is required to have an authorised share capital as historically reflected in its memorandum.

2. To take advantage of relaxations in the law, e.g:

2.1 in terms of the manner of voting and holding of board meetings, i.e. by Skype, e-mail etc.; and

3. Ease of inte1vretation and use. Our intention is always that, where new style articles are adopted, they will provide the sole reference point (in easy to understand English) for all directors and shareholders to interpret in the event of some query arising in respect of the company or its administration. Previously the 1985 Companies Act, the 1989 Companies Act, Table A have all applied which makes interpretation of current arrangements (when read together with the new Act) both difficult and time consuming. 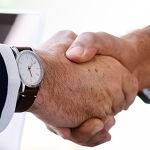 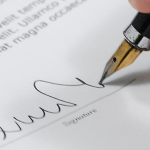