A’ HEADS UP’ FOR NON-EXECS “An invitation to join the board of a limited company as a non-executive director is a tempting one – for many, the main attraction being involvement and an element of ‘street cred’ without (apparent) onerous responsibility. However, a recent judgment of the Court of Appeal has underlined, yet again, the importance of considering such an offer carefully, cautiously and preferably accepting only after having taken professional advice,” says solicitor John Kennar who heads the commercial team at Rawlins Davy PLC.

The Appeal in question concerned the potential liability of two non executive directors, (‘Non-Execs’),for the dishonest misapplication of company funds by an executive director (‘the Exec’) without their knowledge. The Court determined that both Non- Execs should be personally liable on the basis that they had manifestly failed to exercise a proper duty of care. In particular, the judges on appeal said that the Non- Execs should have realised that certain transactions shown in the company accounts demanded full and convincing explanations from the Exec, in the absence of which, they should have sought prompt advice and alerted the company’s auditors and other directors.

John Kennar wants to remind all Non-Execs that “As board members, they owe the same duties and obligations to their company as Execs do and are equally at risk”.

John makes the point that:

“Indeed, because of their limited involvement in the day to day running of a company, Non-Execs are actually much more exposed to unexpected personal liability”.

“In the present uncertain economic climate, the Court of Appeal’s decision makes the possibility of such personal liability more likely if an insolvent company’s affairs are scrutinised by a liquidator keen to maximise recovery for the company’s creditors in the event of its failure”.

For further information and advice, speak to John on 01202 558844 or e mail him at john.kennar@www.rawlinsdavy.com 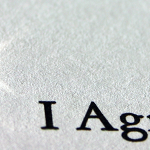